Turn wheresoe’er I may, By night or day,
The things which I have seen I now can see no more.

Excerpt from Ode on Intimations of Immortality
William Wordsworth, 1770-1850 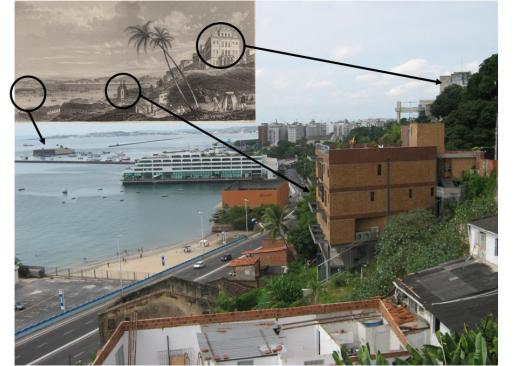 (Please click on the above image to enlarge it)

The above picture is a 19th century sketching by Augustus Earle of San Salvador, Bahia, contrasted with Salvador da Bahia, Brazil, April 2009. The Forte São Marcelo and the church, Igreja Conceiçao da Praia, are still there but the Teatro São João built in 1808 only existed until 1922. It was later replaced by the Palaçio das Esportes. The place that Augustus Earle once sat to sketch this city is now home to a shantytown where tourists are warned by locals not to go for fear of armed attack, violence and robbery due to the increased economic pressures of urban poverty.

Brazil was Darwin’s first landfall on board the epic voyage of The Beagle in the 19th century. The following is an eclectic collection of photos from my fieldwork in Brazil that I have randomly arranged to document some of the changes Darwin would observe if he were alive and able to visit Brazil today. This post is to commemorate Darwin but also to lament the greatest destruction of diversity ever witnessed by Gaia.

Brazil is nearly three times as large territorially as India but has less than one-sixth of India’s population. The distance from Brazil to U.S. markets is one-third that of China’s. However, the policies of the Brazilian government do not enhance their competitiveness in global finance or business.* One day, as I sat in a café overlooking the Bay of Salvador with a colleague, we looked out and saw only a couple of large ships in the harbour. My colleague mentioned to me that before the economic crisis, the bay was full of merchant ships and cargo vessels.

Salvador is a fascinating place for the traveller. Luxury is right next door to poverty, Shopping malls with the latest fashions are erected next to favelas full of people who can’t afford them and expensive high-rise apartments exist next to the most dangerous shanty-towns. When I first moved to Salvador and was looking for a place to rent, I had the choice between $AUS 200 a week for a private luxury appartment or $AUS 30 for a room in a shared appartment in a poor area. The private appartment came with maid-service, ensuite and hot water, in a building with a gym, a swimming pool, sauna and security. The shared-appartment was in a suburb plagued by drug addicts, armed thieves and con-artists. Despite three months of searching, I was unable to find any accomodation for a price between these two poles of living. Either you live in luxury or in poverty but the majority of Brazilians don’t have a choice. The middle class is a rare and seemingly only recent phenomena in Bahia.

As someone who has performed fieldwork in Brazil, I relish this excerpt from Charles Darwin’s Diary (6th April 1832):

“The day has been frittered away in obtaining the passports for my expedition into the interior. – It is never very pleasant to submit to the insolence of men in office… But the prospect of wild forests tenanted by beautiful birds, Monkeys & Sloths, & Lakes by Cavies & Alligators, will make any naturalist lick the dust even from the foot of a Brazilian.-“

Evidently little has changed in the way of bureaucracy, but much has changed in natural landscape of Brazil. (Just in case you thought that Darwin had questionable views about Brazilians, you may like to know that he almost left the Voyage of the Beagle in Salvador da Bahia over a dispute he had with Captain Robert Fitzroy concerning Slavery. Darwin abhorred Slavery and expressed his views firmly with all of his peers.

To get an idea about how things have changed since Darwin, HAVE A LOOK AT SALVADOR IN THE NINETEENTH CENTURY AND TODAY BELOW:
San Salvador, ca 1830, sketched by Augustus Earle compared with Salvador in 2009,
Painting by Augustus Earle (19th century) Photos: Paul H. Mason (21st century) 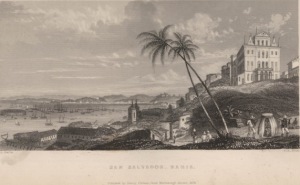 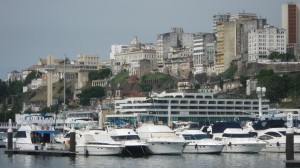 As you can see, Brazil has changed a lot since Darwin first visited the country. Today, Brazil is thought to be an example of the future of other developing nations. But what kind of future does the Brazilian model predict?

*Source: De Blij, Harm (2009) The Power of Place, Oxford University Press.
**The GC measures income in a country on a scale of 0.0 (everyone earns the same income) to 1.0 (one earner takes it all)

During the Darwin Festival 2009, there was a fascinating presentation by Professor Roger Valentine Short from the University of Melbourne who gave a talk about “What does the Future hold?”

Professor Roger Valentine Short recently had a letter featured in Nature 462 on the 3rd of December 2009. Professor Short’s letter was titled “King Canute and the wisdom of forest conservation.” King Canute drafted the first forest conservation legislation almost 1,000 years ago (John Manwood, A Treatise of the Lawes of the Forest Societie of Stationers, London; 1615). Canute first became King of England in 1016, then Denmark, then Norway. I find it somewhat fitting that the Climate Change Conference is occuring in Copenhagen at the moment.

“No man may lay his hands upon the Kings demesne Woods without licence of the Verderor: for if he does, hee shal be aiudged guilty of the breach of the Kings free chase Royal.”

Click here to read: John Manwood, A Treatise of the Lawes of the Forest Societie of Stationers, London; 1615.

Without realising my own efforts, I have planted sixteen bushes and trees since moving to Sydney four years ago. That means that I have planted an average of Four trees a year. If every single one of my fellow Australians planted four trees over the next year, there would be 88million more trees in Australia by the end of 2010. That would be the equivalent of almost 50 new forests in Australia. While the cheap production and distribution of contraceptive technology as a way to combat climate change has received both praise and concern, no one could argue with planting a tree.

It is 150 years since the publication of Darwin’s greatest work and it would be fantastic to restore biodiversity to the earth.

Earth from the air

The impact of population growth on tomorrow’s world

A pill for global warming

A Theoretical Neurophysiologist writes about the great climate flip-flop

Views from a University of Washington Scientist

Some images of Rio from back in the day: 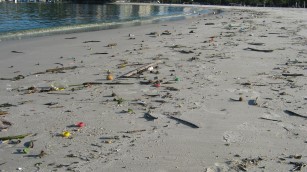 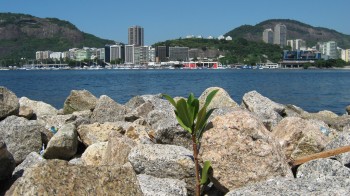 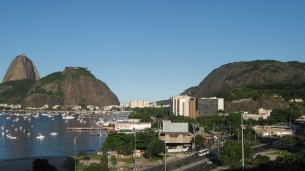 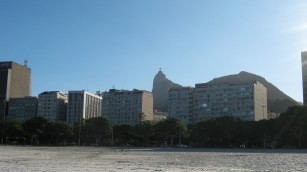 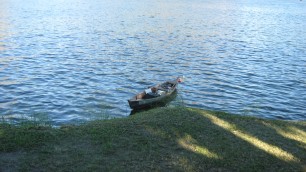 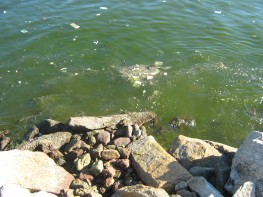