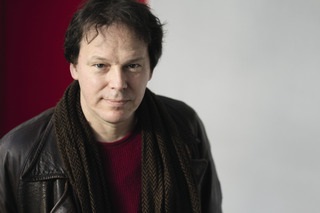 Anthropologist, activist, and author David Graeber, author of some of the most popular and cutting recent works in our discipline, has passed away at 59 according to his widow, artist and writer Nika Dubrovsky. Some news outlets are saying that the causes are unknown; other suggest he had contracted COVID.

Shocked to hear that David Graeber has passed away, one of the greatest thinkers of our time. And a phenomenal writer.

I agree. I wrote an extended piece about David on PLOS Neuroanthropology in 2011 that I reposted here last year: David Graeber: anthropologist, anarchist, financial analyst*. Even then, it was clear that his work was crucial, and there have been hugely influential works since then on “bullshit jobs,” the Occupy movement, and bureaucracy.

I met David when we were both graduate students at University of Chicago. I was hanging on by my fingernails, barely able to find any of the academic staff who would agree to act as my dissertation committee members (Thanks, Andrew Apter and Jim Fernandez, as well as Saint. Phil Bohlman from music!). David was terribly accomplished from a very early stage, already recognised as a thinker and researcher to watch.

When we hard our ‘professionalization workshop,’ looking at David’s cover letter and CV when we circulated these to each other for critique was a sobering and inspiring moment: he was just finishing his thesis, and he already had major articles published in journals like American Ethnologist at the time. To be honest, I was in awe.

I followed his work with Occupy, his first books, the trouble with Yale, and his later successes with great interest although I haven’t yet cracked some of his books and always had them on my long list of “To Read,” the one that we don’t get to while we read student thesis drafts and go to “Bullshit” meetings of various sorts. He was always friendly when I saw him.

Other people will have more complicated things to say, but I always admired his work, his clear and sometimes ferocious writing, and his work ethic. I cannot say we were friends, but we were acquaintances, and I feel like my field is diminished with his passing. If COVID is indeed the cause, then this pandemic has claimed another important casualty, one whose life and work were cut too short. I am sad today and will miss his writing, his sense of outrage, and his intellect.

For a lot more links and material on David, including some of his last videos, see the Heavy article that’s just out: David Graeber Dead: Anthropologist & Anti-Capitalist Thinker Beyond ‘We Are the 99%’ Slogan Dies at 59.

Image Adam Peers from: New Internationalist wiki (my filter says it’s free to use, but if that is not the case, contact me to remove).