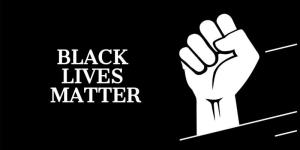 Tyrone B. Hayes on how racism works in the academy. Hayes also was featured in the New Yorker for his groundbreaking work on how manufactured chemicals negatively impact our environment, in particular the herbicide atrazine’s impact on sexual development among amphibians

“Why are you always here?” She asked as we walked up the hill from LSA to Morgan Hall where Immunology was taught. I had walked alongside the professor from LSA to class all semester.

Concerned, I answered, “I’m taking the class, is that ok? I’ve never had a course in immunology.” I assumed the Professor was confused because I was an IB graduate student taking an undergraduate course in MCB.

“I didn’t know they let you guys take classes” she responded.

“Aren’t you the custodian who takes care of the crickets?” she queried.

“No… I’m a graduate student in IB” I answered.

“Oh.” She said unapologetically. “I always see you on the elevator…I just assumed you were the custodian who takes care of the crickets.”

And that was my introduction to Berkeley as a new graduate student (fall of 1989). It was one thing for campus police to block my car twice during my first week of graduate school and interrogate me because someone called and reported me in the building…but it was a completely different one for one of my professors to treat me this way. I dropped the class.

I thought Berkeley would be better. It reminded me of my first day at Harvard…

The Biggest Psychological Experiment in History Is Running Now

Individual resilience is further complicated by the fact that this pandemic has not affected each person in the same way. For all that is shared–the coronavirus has struck every level of society and left few lives unchanged–there has been tremendous variation in the disruption and devastation experienced. Consider Brooklyn, just one borough in hard-hit New York City. Residents who started the year living or working within a few miles of one another have very different stories of illness, loss and navigating the challenges of social distancing. How quickly and how well individuals, businesses and organizations recover will depend on the jobs, insurance and health they had when this started, on whether they have endured hassle or heartbreak, and on whether they can tap financial resources and social support.

The pandemic has laid bare the inequities in the American health care system and economic safety net. Black and Latino Americans are dying at much higher rates than white Americans. “When we talk about preexisting conditions, it isn’t just if I’m obese, it’s our society’s preexisting condition,” says medical anthropologist Carol Worthman of Emory University, an expert in global mental health.

Fortunately, the unprecedented pandemic is leading to unprecedented science not just in virology but on mental health and resilience. Behavioral scientists are measuring the psychological toll in real time and striving to identify what helps people cope.

This Is What I Want To Tell My White Professors When They Ask, ‘How Are You Today?’

My entire experience in higher education has involved centering my professors’ and colleagues’ white comfort, often at the expense of my own mental wellness. I know this is a harmful practice, but the hierarchical nature of academic medicine and white fragility don’t lend themselves to safe, honest conversations about racism. In these kinds of environments, it feels impossible to answer the question, “How are you?” with honesty when you’re afraid to provoke white guilt or, worse, threaten or damage your academic success.

So I’ve learned to pick and choose my battles. And that often translates into moments when I suffer in silence as I enter the classroom as a medical student, where I am forced to suppress my frustrations and pains as a Black woman. So even as I mourned the disproportionate suffering of Black people during COVID-19 and grieved the tragic killing of Ahmaud Arbery while expressing my frustrations through hip-hop and writing, I ached as I responded to my professors’ questions with, “I’m doing fine, how about you?”

The Penrose Effect and its acceleration by the war on drugs: a crisis of untranslated neuroscience and untreated addiction and mental illness

In 1939, British psychiatrist Lionel Penrose described an inverse relationship between mental health treatment infrastructure and criminal incarcerations. This relationship, later termed the ‘Penrose Effect’, has proven remarkably predictive of modern trends which have manifested as reciprocal components, referred to as ‘deinstitutionalization’ and ‘mass incarceration’. In this review, we consider how a third dynamic—the criminalization of addiction via the ‘War on Drugs’, although unanticipated by Penrose, has likely amplified the Penrose Effect over the last 30 years, with devastating social, economic, and healthcare consequences.

The Sound and the Fury of Jericho Brown

Excellent profile of an excellent poet: “In this terrible spring of 2020 Jericho Brown has a lot to celebrate. His third book, The Tradition, won the Pulitzer Prize, and he won the Lambda Literary Trustees’ Award for groundbreaking work in LGBTQ literature and culture. Born and raised in Shreveport, Louisiana, Brown now lives, writes, and teaches in Atlanta at Emory University. His poetry deftly names the forces — be it cop, disease, or addiction — that would have him dead, while he celebrates the beauty, be it in a flower, in a lover’s embrace, or in anything that helps him thrive in this burning world.”

Why Do So Many Researchers Still Treat Race as a Scientific Concept?

After observing their work, the anthropologist asked each of them a simple question: How would you define race?

“You know—probably I haven’t given that as much thought as I should have,” said the team’s lead scientist. Others fumbled, paused, or dodged the question. When pushed, one researcher acknowledged that racial categories didn’t mean that much but in the same breath insisted that defining races genetically was the way to go. Not one could offer a coherent answer.

British science journalist Angela Saini tells this story in her exceptional and damning book, Superior: The Return of Race Science. “Race was the entire premise upon which they were doing their research, but they were unable to tell her what it was,” writes Saini.

Just-so story about stories: Our Brains Tell Stories So We Can Live
Good and not-so-good in this piece. “We tell stories because of dopamine” is the punchline. Yet if you could combine this type of approach with my recent post on figurative thinking, then maybe we’d be a step closer to understanding how stories as a crucial cultural invention.

Why Is the Human Brain So Efficient?
And here I thought it would be about biology and evolution and how biochemical processes use minimal energy. But no, it’s about our brains being more like computers. Still, I liked this part:

This massively parallel strategy is possible because each neuron collects inputs from and sends output to many other neurons—on the order of 1,000 on average for both input and output for a mammalian neuron. (By contrast, each transistor has only three nodes for input and output all together.) Information from a single neuron can be delivered to many parallel downstream pathways. At the same time, many neurons that process the same information can pool their inputs to the same downstream neuron. This latter property is particularly useful for enhancing the precision of information processing. For example, information represented by an individual neuron may be noisy (say, with a precision of 1 in 100). By taking the average of input from 100 neurons carrying the same information, the common downstream partner neuron can represent the information with much higher precision (about 1 in 1,000 in this case).

Beyond True and False

Let’s start by turning back the clock. It is India in the fifth century BCE, the age of the historical Buddha, and a rather peculiar principle of reasoning appears to be in general use. This principle is called the catuskoti, meaning ‘four corners’. It insists that there are four possibilities regarding any statement: it might be true (and true only), false (and false only), both true and false, or neither true nor false.

We know that the catuskoti was in the air because of certain questions that people asked the Buddha, in exchanges that come down to us in the sutras. Questions such as: what happens to enlightened people after they die? It was commonly assumed that an unenlightened person would keep being reborn, but the whole point of enlightenment was to get out of this vicious circle. And then what? Did you exist, not, both or neither? The Buddha’s disciples clearly expected him to endorse one and only one of these possibilities. This, it appears, was just how people thought.

At around the same time, 5,000km to the west in Ancient Athens, Aristotle was laying the foundations of Western logic along very different lines. Among his innovations were two singularly important rules. One of them was the Principle of Excluded Middle (PEM), which says that every claim must be either true or false with no other options (the Latin name for this rule, tertium non datur, means literally ‘a third is not given’). The other rule was the Principle of Non-Contradiction (PNC): nothing can be both true and false at the same time.

How Bacteria Are Changing Your Mood

At Cork University Hospital, Prof. Ted Dinan is trying to uncover what happens to the microbiome in his depressed patients.

A good rule of thumb is a healthy microbiome is a diverse microbiome, containing a wide variety of different species living all over our bodies.

Prof. Dinan says: “If you compare somebody who is clinically depressed with someone who is healthy, there is a narrowing in the diversity of the microbiota.

“I’m not suggesting it is the sole cause of depression, but I do believe for many individuals it does play a role in the genesis of depression.”

And he argues some lifestyles that weaken our gut bacteria, such as a diet low in fibre, can make us more vulnerable.

First, if you examine the brains of people with Capgras delusions, you’ll often find clear evidence of brain disease. The appreciation of this came slowly, simply because the techniques available at the time—electroencephalography (EEGs), early generation brain scanners—picked up abnormalities in only a subset of individuals. But as more sensitive techniques came on board, such as functional brain imaging, it became clear that a substantial percentage of Capgras sufferers had organic brain diseases, usually centered around damage or atrophy of the frontal cortex.

This second fact was the flipside of the first: If the brain, particularly parts of the frontal cortical regions, were damaged, people would occasionally develop Capgras delusions.

A good example is seen in a 2013 study of a woman who had suffered an intracerebral hemorrhage in her right frontal cortex. After years of rehabilitation, she had mostly recovered function, having some residual spatial orientation problems. And while she readily recognized most people in her life, including her daughter and grandchild, she insisted that her husband had been replaced by an imposter. Yes, yes, she’d admit, he looks just like my husband, and he has been very helpful during my recovery, but he is most certainly not my husband; my husband is elsewhere. She readily identified pictures of her husband, but this man before her was not him. She also believed that her home had been replaced with an exact duplicate.

Capgras delusions had become the province of acute neurological insults. Discrete damage to the brain can produce someone who can identify the features of a loved one, yet who insists that the living, breathing person in front of them is an imposter.