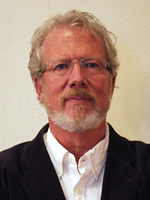 Interesting new piece by Gary Olson, professor of political science at Moravian College. It’s called Empathy and Neuropolitics, with the tagline, “This is your brain on neoliberal culture. Any questions?”

Mirror neurons, the brain cells believed to be the basis for empathy, have recently been identified in the human brain. And yet we’re left to explain the disjuncture between this deep-seated, pre-reflective, moral intuition and the paucity of actual empathic behavior, especially in certain cultures. I suggest that answers may be found in the bidirectional connection between culture and brain development.

The political theorist William Connally has defined neuropolitics as “. . . the politics through which cultural life mixes into the composition of the body/brain process. And vice versa.” In this context, I hypothesize that the neo-liberal ideology justifying free market capitalism is one of the most potent empathy “bracketing off” elements of that culture and hybrid cultural/neurobiological imprinting can override the neurobiological traits that should bring people together. The dominant culture’s social engineering undermines and attenuates both the acceptance and institutionalization of empathy on a grand scale, while channeling its expression toward system maintenance behaviors.

There are outstanding exceptions, but too many cultural psychologists and other subspecialists have followed too many anthropologists in failing to unpack the meaning of culture itself. Following Gramsci, I argue that power and class realities have not received sufficient attention in explaining what I’ve described as a societal-wide cultural deficit disorder. This pathological condition has structural roots in the socio-economic system which influence the brain’s mirror neuron network. Cross-cultural studies offer a promising avenue for aiding our understanding of this process.

Gramsci and the encultured brain, that’s quite a mix!