Daniel and I get some help on Neuroanthropology.net, not least of all from Paul Mason, but also from a whole host of other folks, including colleagues, students, long-distance collaborators, and completely innocent bystanders who do absolutely nothing to warrant inclusion. So here’s the most popular posts from 2009 that neither Daniel nor I wrote. 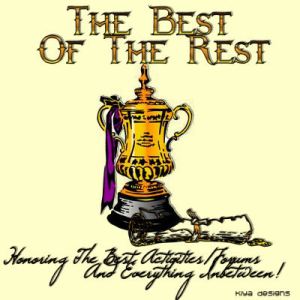 The majority of the posts on this list come from Daniel’s students at the University of Notre Dame. He has been doing award winning community-based research (see posts here and here), and one thing that makes it distinctive is that he gets the students to publish reports of their work online, where people from the community and others can read it. It’s a great use of this sort of virtual platform to promote serious undergraduate research, and to open up the doors of the classroom to let others peer in on what we’re doing. Daniel’s done a workshop at the American Anthropology Association on the subject as well, so I’m hoping he’ll continue to share this sort of work and his reflections on it through Neuroanthropology.net.

1. Cosleeping and Biological Imperatives: Why Human Babies Do Not and Should Not Sleep Alone by James J. McKenna — While technically from the very, very tail end of 2008, this post by our colleague at Notre Dame just keeps generating traffic. It’s a well-written, deeply important consideration of the neuroanthropological dynamics of mother-child co-sleeping (that’s in the same bed or very close by, for those of you non-parents out there). Well worth a look, especially if you’ve got a very little one in the family, or soon will have.

2. What’s the Dope on Music and Drugs? by John Barany, Abby Higgins, Melissa Lechlitner, and Joanna Schultz. Some of Daniel’s students look into the controversy about the effect of references to drugs in the lyrics of popular music. The authors point out the radically different sales figures for ‘cleaned up’ versions of the most explicit popular recordings and whether or not Michael Phelps’ problems with marijuana might have had anything to do with listening to Lil’ Wayne on his headphones before swimming for gold.

3. The Encultured Brain: Why Neuroanthropology? Why Now? by Greg Downey and Daniel Lende — Alright, but technically, it belongs somewhere because it is one of our most widely read posts. The statement we wrote for The Encultured Brain conference as an attempt to try to articulate the Big Picture. We’re still working on it, but it’s already pretty hefty.

4. Forever at War: Veterans’ Everyday Battles with Post-traumatic Stress Disorder by Christina Del Guzzo, Megan Ericson, Daniel Graciaa, Casey McNeill & Mark Quaresima — A moving report on their original research by five of Daniel’s students, this post discusses their work with veterans in South Bend suffering from PTSD. The post discusses especially their struggles prior to diagnosis, the effect of diagnosis, and the role that peer counseling and group therapy have in their lives.

5. The New Performance Enhancing Drugs by Andrew Hessert, Andrew Medvecz, Jimmy Miller, Jacquelyn Richard — Comprehensive student research discussing the widespread use of drugs like Ritalin and Adderall by students, executives, and others, with a discussion of advocates’ and critics’ perspectives. It’s a wide-reaching discussion of ‘cognitive enhancers’ and an excellent example of integrative theory.

6. Tobacco Worse Than Cocaine? by Mariana Cuervo, Elizabeth Montana, Brian Smith, and Sadie Pitzenberger — The authors discuss the narcotic and addictive properties of tobacco and point out that the social acceptance of the drug, including its appearance in advertising, compounds the dangers in an exemplary case of bio-social concatenation.

7. Why Do They Do It? Portrayals of Alcohol on Facebook and MySpace by David Patterson, Elizabeth Kuzmich, Francis Verhaegen, and Natalie Leopold — The authors surveyed Facebook and MySpace photos to look at the way that users portrayed their own drunken exploits on social networking sites, pointing out that there are clearly performative dimensions to getting sloppy for young people.

8. Can Videogames Actually Be Good For You? by Ryan Hoff, Kasey Kendall, Harrison Smith, and Gabriela Moriel — The post looks at evidence for the educational and developmental effects of gaming, presenting an optimistic account of the potential for using immersive gaming environments to learn. Especially nice is the last video.

9. Caught in the Net – The Internet & Compulsion by Emily Salvaterra, KT Hanson, Gonzalo Brenner, Hannah Jackson — Examines the pattern of addictive behaviour around Internet use, exploring a number of linked questions, such as whether the addiction is to the Internet itself or to what it brings into our homes (whether it’s the drug or the delivery device, in other words).

10. More Than A Waiting Room by Jillian Brems, Erin Brennan, Katrina Epperson, Jordan Pearce & Anna Weber — A tightly-focused post taking an applied anthropological approach to the waiting areas at the Regional Breast Care Center in South Bend, Indiana. The authors explore the intangible dimensions of ‘care,’ including simple details about the spaces we use when we are under stress and seeking attention.