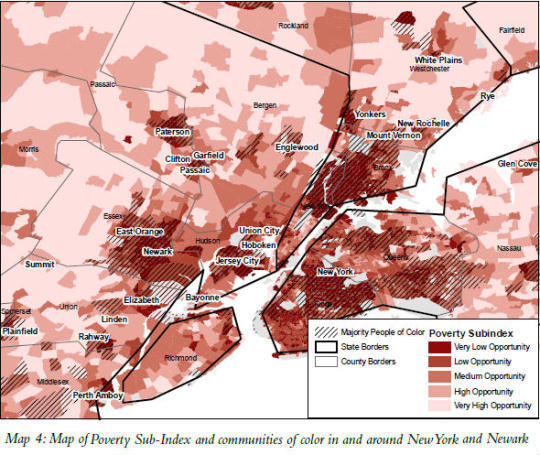 Poverty Poisons the Brain was one of our most popular posts last year. Recent research has brought that topic back into public light. It’s good research, but today I will get critical about what really matters in our emerging realization that social disadvantage results in neurological disadvantage.

The income–achievement gap is a formidable societal problem, but little is known about either neurocognitive or biological mechanisms that might account for income-related deficits in academic achievement. We show that childhood poverty is inversely related to working memory in young adults. Furthermore, this prospective relationship is mediated by elevated chronic stress during childhood. Chronic stress is measured by allostatic load, a biological marker of cumulative wear and tear on the body that is caused by the mobilization of multiple physiological systems in response to chronic environmental demands.

The Evans and Shamberg paper has gotten prominent media attention. Over at Wired, Poverty Goes Straight to the Brain got an enormous number of diggs. Brandon Keim’s opening lines are, “Growing up poor isn’t merely hard on kids. It might also be bad for their brains. A long-term study of cognitive development in lower- and middle-class students found strong links between childhood poverty, physiological stress and adult memory.”

Jonah Lehrer wrote Stress, Poverty, Working Memory which includes this effective summary, “The scientists uncovered a statistically significant link: the longer children had been poor, the worse their working memory. Furthermore, levels of chronic stress seemed to be the causal factor.”

The Economist also covered the PNAS paper, and wrote about how stress does its damage. “Stress also suppresses the generation of new nerve cells in the brain, and causes the ‘remodelling’ of existing ones. Most significantly of all, it shrinks the volume of the prefrontal cortex and the hippocampus. These are the parts of the brain most closely associated with working memory. Children with stressed lives, then, find it harder to learn.”

Lehrer, in his 2006 Seed article Reinvention of the Self about the work of primatologist/psychologist Elizabeth Gould, presents us with one of the main “take home” messages of work that links stress, poverty and development:

The social implications of this research are staggering. If boring environments, stressful noises, and the primate’s particular slot in the dominance hierarchy all shape the architecture of the brain—and Gould’s team has shown that they do—then the playing field isn’t level. Poverty and stress aren’t just an idea: they are an anatomy. Some brains never even have a chance.

This work by Evans and Shamberg is important, another step forward in showing that inequality matters and that it works through specific processes that directly shape individual development and function. But this line of work also has some limitations because it lacks a critical side – do we really need 500+ diggs to know that poverty is bad?

One piece that raises important critical questions is Michelle Chen’s The Impoverished Mind over at RaceWire. She writes, “Put simply, if your childhood is consumed by a constant struggle to survive day-to-day, your brain is less likely to develop the abilities you need to succeed tomorrow, compared to your economically better-off peers. This is empirical evidence that nature-versus-nurture is not an either or, but that social factors interplay with the brain’s biology throughout life.”

Empirical research on the connection between poverty and intellectual development can cut both ways—leading some to write off poverty as biological destiny, and others to look deeper into missed opportunities to lift youth over economic barriers… The policy implications for the growing body of achievement-gap research are [also] fraught with the same tensions straining other civil rights issues: how do you emphasize systemic impediments without pathologizing communities and cultures? How do you make the case for structural inequalities without fueling reactionary accusations of victimology?

Some of my own concerns focus on the biology side. Take a section from Lehrer’s Seed piece, “From the brain’s perspective, stress is primarily signaled by an increase in the bloodstream of a class of steroid called glucocorticoids, which put the body on a heightened state of alert. But glucocorticoids can have one nasty side-effect: They are toxic for the brain.”

Here stress “from the brain’s perspective” is taken to be entirely physiological. In general, stress is often made out to be psychobiological, an internal and individual state largely shaped by “fight-or-flight” ideas about activation of the stress system. As I’ve argued before, stress is actively social and intimately meaningful. These are not outside the perspective of the brain – they become part of how the brain functions. In this way stress becomes a process and not simply a state, either of mind or body.

But the more problematic area is that the brain becomes a fetish: Oh, see the neuroanatomical changes there, this stuff about poverty being bad for you must be true…

Recall the opening of the Wired piece, “Growing up poor isn’t merely hard on kids. It might also be bad for their brains.” Here children become a mere token, placed to one side in favor of our new marker of individual self, the brain.

While I advocate for the role that brain processes can play in social theory, the sword cuts both ways. Referencing the brain as central mediator of poverty hides the truth, and distorts our understanding. To take a more extreme example to illustrate the same point, it’s like saying that slavery is both harmful to people and morally wrong because it impacts brains.

The brain becomes rather like property in this approach, something a person possesses and that poverty – somehow separate from the person, a naturalized thing that causes stress – negatively impacts. But that approach avoids the radical implications here on both sides.

First, that poverty literally can be anatomy, which means we need to fundamentally rethink the token brain metaphor and actual functioning of the brain. Second, that taking the neuroscience results seriously means that social environments, in all their complexity, become as important as any brain function. Indeed, many would argue that in this case, social inequality is more important than brain function, since it is what is driving the system.

To bring a critical approach into better view, I have found it useful at times to watch the following video of Paul Gilroy speaking on slavery, ignorance, and property. Rather than just working memory, Gilroy brings the larger picture into focus: “[We often] think that ignorance is a kind of vacuum into which truth can get stuffed at the right moment. And I think that we need a better account of the politics and the meaning of ignorance in our time than that. We need to think about ignorance in a different way. We need to think about ignorance as a systematic product.”

By excessively focusing only on the brain, we miss doing what Gilroy advocates for truly understanding ignorance and inequality — engaging in “critique of life as property, of humanity as property, of history as property.” We need to move beyond seeing the brain as a physical thing, similar to a book we can reference to say poverty is bad or a kind of currency that we carry around and barter to show off we’re smart and current. Or worse, something to manipulate through pharmaceuticals and computers and emerging types of neuroengineering. As Gilroy says, we need to become more critical while also realizing the dignity and meaning of people’s lives.

9 thoughts on “Poverty and the Brain: Becoming Critical”