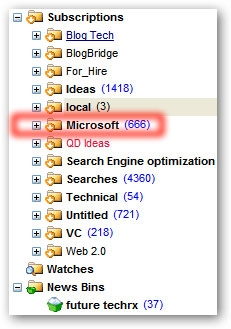 Vaughn at Mind Hacks is one of my favourite neuro-bloggers, not only because he once referred to us as the ‘mighty’ Neuroanthropology, but also because he maintains his prolific output while still finding ample opportunities for inducing the unexpected snort-laugh (you know the one — you’ve just scanned his site because you want to sip your coffee and eat a muffin, so you can’t keep typing, and he writes something that causes you to have to clean up your keyboard, cursing him at the same time that you appreciate the barb…).

He writes about the developmental impact of Microsoft Word’s ‘auto-correct’ function (I only say ‘auto-correct’ because that’s what it’s called — sometimes it’s more like ‘obdurately-mangle’). He refers to the disorder as Bell’s Frontal Nomenclature Hypertrophy Syndrome in his post, ‘Computers cause abnormal brain growth – proof!‘ The part that caused my snack-related accident was a line about the growing frequency of the phrase ‘cingulated cortex,’ with the likely culprit being the ubiquity of the ‘auto-mangle’ function on Word.

There must be a variant of the disorder, however, that’s caused by the auto-hyperlink function (which I know there should be some way to disable, but it would require me to become even more intimate with Word — a man has to draw the line to save his dignity!). And perhaps another one linked to the sometimes unexpected ways that Word decides you’re trying to achieve some formatting trick — like indented, numbered paragraphs. I feel like I have to watch what I’m typing to catch these software ticks, as my document gets auto-corrected, auto-formatted, and auto-linked in various ways that I emphatically reject. It’s certainly changed my visual search behaviour while typing, but it may also be undermining my linearity of narrative thought as I must constantly engage in recursive software checking, rendering my internal narrative a kind of play-and-replay, like a mad scratcher on an out-of-control turntable. But then again, maybe it’s just my midweek sleep deprivation as I try to complete slides on Human Brain Evolution and Dietary Change for tomorrow’s lecture…

Graphic from See One, Do One, Teach One.