Sue Sheridan, my colleague here at Notre Dame, has a post Darwin in His Own Words on her blog, Life of Wiley. I recreate it below since both the NPR story and the online link to Darwin’s works are great.

Darwin in His Own Words
There was a very interesting piece on NPRs Morning Edition about the new Darwin Online Project. They have made all of his writings, notes, letters, etc. available for free. Including free downloads of his books. Pretty cool. Apparently the site has been swamped with hits. Take that creationists!

As the Darwin Online site says, they got 7 million hits on April 17th. Wow! It should prove to be a great resource.

The New York Times also has an article on Darwin, What Darwin Saw Out Back. It covers the new exhibition at the New York Botanical Garden recreating Darwin’s experimental and observational work with flowers. 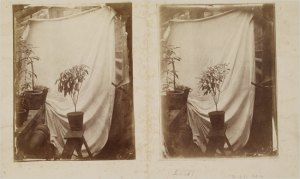 Though most people associate that book and Darwin’s ideas generally with his voyage to the Galápagos and his study of finches there, his work with plants was far more central to his thinking, said David Kohn, a Darwin expert and science historian who is a curator of the exhibition… “He was fascinated by plants,” particularly the way their variation and sexual reproduction challenged the idea that species were stable, a key idea in botany at the time. As Dr. Kohn writes in the exhibition catalogue, “plants were the one group of organisms that he studied with most consistency and depth over the course of a long scientific career” of collecting, observing, experimenting and theorizing. But Darwin studied more than flowers. He was intrigued by what Dr. Kohn calls the “behavior” of plants — how they move, respond to light, consume insects and otherwise act in the world. 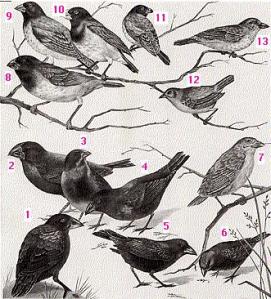 Now if they would only do an exhibition on Darwin’s impressive work on molluscs to go along with the flowering plants and the Galapagos finches.