How would you complete the following quote from Eric Cuddon‘s 1938 book, Hypnosis: Its Meaning and Practice?

END_OF_DOCUMENT_TOKEN_TO_BE_REPLACED

The first line of Why God Won’t Go Away begins, “In a small, dark room at the lab of a large university hospital…” but how would you finish such a sentence?

This week, we want your ideas on how you will complete this unfinished quote by Andrew Newberg, Eugene D’Aquili and Vince Rause:

“In a small, dark room at the lab of a large university hospital…”

END_OF_DOCUMENT_TOKEN_TO_BE_REPLACED

How would you complete the following unfinished quote by Norman Doidge? 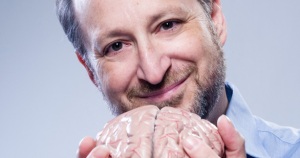 “The culturally modified brain is subject to…”

END_OF_DOCUMENT_TOKEN_TO_BE_REPLACED

How would you complete the following quote by Gerald M. Edelman & Giulio Tononi?

“If we considered the number of possible circuits, we would…”

END_OF_DOCUMENT_TOKEN_TO_BE_REPLACED

How would you complete this excerpt from Ambrose Bierce’s definition of the mind in his book, The Devil’s Dictionary?

Mind, n. A mysterious form of matter secreted by the brain. Its chief activity consists…