How would you complete this quote?

“You have brains in your head, you have…”

During the nineties, there was a radio programme called The Hedgeburners on Triple M, Melbourne, Australia, . During this show there was a segment called, “Stick your end in!”, where listeners were invited to complete unfinished quotes. For example, they would play a segment from the film, Dirty Harry:

“You gotta ask yourself one question…”

“…Am I shooting blanks?”

One week I actually won the competition. The quote was from a lymerick:

“There once was a lady from Venus…”

and I called up with the ending:

“…Whose body was shaped like a Stradivarius,
The harder we played,
The better sound we made,
My gosh you should have seen us.”

Inspired by this memory, I have decided to start Neuroanthropology’s own, “COMPLETE THIS QUOTE!”
This week’s quote is inspired by Dr Seuss from his 1990 book, “Oh the places you’ll go!”

So, Ladies and Gentleman, how would you finish the following phrase: 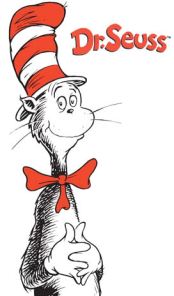 “You have brains in your head, you have…”

25 thoughts on “Complete this quote!”