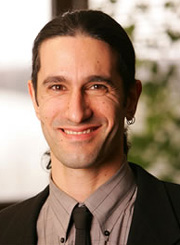 Along with Katherine MacKinnon, Agustin Fuentes is giving the Primate Social Cognition, Human Evolution, and Niche Construction paper at our Encultured Brain session. Here’s the abstract:

In humans enhanced cognitive capabilities, extra-somatic manipulations of the environment, and enhanced communicative abilities have enabled our genus to successfully exploit myriad social and structural environments across space and time. Additionally, our extended period of infant development (cognitive, motor, social) necessitated increasing support from group members throughout our evolutionary history. The interactions between our central nervous system and our social and physical environments have demanded increased complexity and connectivity in our social networks, relative to other primates species, in which information about the habitat, food, predator detection, and infant care are disseminated. Here we discuss how the intersections of environment, culture and biology have deep tangled roots in our lineage and how comparative phylogenic and behavioral data from other primates can illuminate the complex interweaving of the social outcomes of our cognitive abilities. Examples from our phylogenic history, as well as from the living nonhuman primates effectively expand on reductionist explanations of variable patterns of social and cognitive complexity.

Based on his work with macaques, human evolution, and primate-human interactions, Agustin has increasingly advocated for an integrative approach to understand human behavior and cognition. He has a new book out, The Evolution of Human Behavior. The Amazon blurb goes like this:

This unique volume reviews a wide array of approaches–including human behavioral ecology, evolutionary psychology, memetics, and gene-culture co-evolution–on how and why humans evolved behaviorally… Fuentes incorporates recent innovations in evolutionary theory with emerging perspectives from genomic approaches, the current fossil record, and ethnographic studies. He examines basic assumptions about why humans behave as they do, the facts of human evolution, patterns of evolutionary change in a global environmental-temporal context, and the interconnected roles of cooperation and conflict in human history. The net result is a text that moves toward a more holistic understanding of the patterns of human evolution and a more integrated perspective on the evolution of human behavior.

With co-authors James Loudon and Michaela Howells, Agustin wrote the article The Importance of Integrative Anthropology (pdf) where they examined interactions between humans and macaques in Bali using both ethnographic and primatological methods. The result? Better methods bring better understanding.

In his 2004 American Anthropologist article It’s Not All Sex and Violence: Integrated Anthropology and the Role of Cooperation and Social Complexity in Human Evolution, Fuentes issues a direct challenge to the Hobbesian view of our “primitive” past – Leviathan’s “life of man, solitary, poor, nasty, brutish, and short.”

Agustin advocates niche construction as a way to bring evolutionary thought to bear on arguments about brain-environment interactions, the impact of social relations, and the understanding of embodiment and our extended minds. John Odling-Smee and Kevin Leland have a 2003 book Niche Construction: The Neglected Process in Evolution as well as a 2001 Behavioral and Brain Sciences article Niche Construction, Biological Evolution and Cultural Change. This 2007 article by Laland and colleagues The Niche Construction Perspective: Implications for Evolution and Human Behaviour (pdf) gives us the latest update. Here’s the abstract:

If you want to know more about the work of Agustin, you can contact him at afuentes at nd.edu